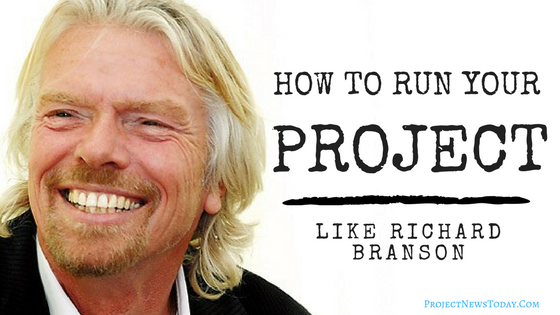 By looking at how the Billionaire Richard Branson approaches the way he successfully runs his many businesses we can see how to do projects better. In this article, you will see the 6 things that Richard Branson does that you can take and apply on your project. Before we get to the 6 things we will first do a brief introduction to who Richard Branson is.

Who is Richard Branson?

Over $5bn net worth, left school at 16, Richard Branson is a billionaire who never went to a business school. He began his entrepreneurial journey at a tender age of 16. He has written some incredible books, launched several airlines including Virgin Atlantic airline, and made traveling luxurious by building Mad Men-style upstairs bars in the 747s and massages in the airport lounges. Other than this, he also launched a mobile phone company, hotel group, an entertainment content company, a cola and the list goes on. Today he owns more than 400 companies one of which is a spaceflight company!
Richard Branson dropped school at 16. Later his headmaster said: “Congratulations, Branson. I predict you will either go to prison or become a millionaire.” 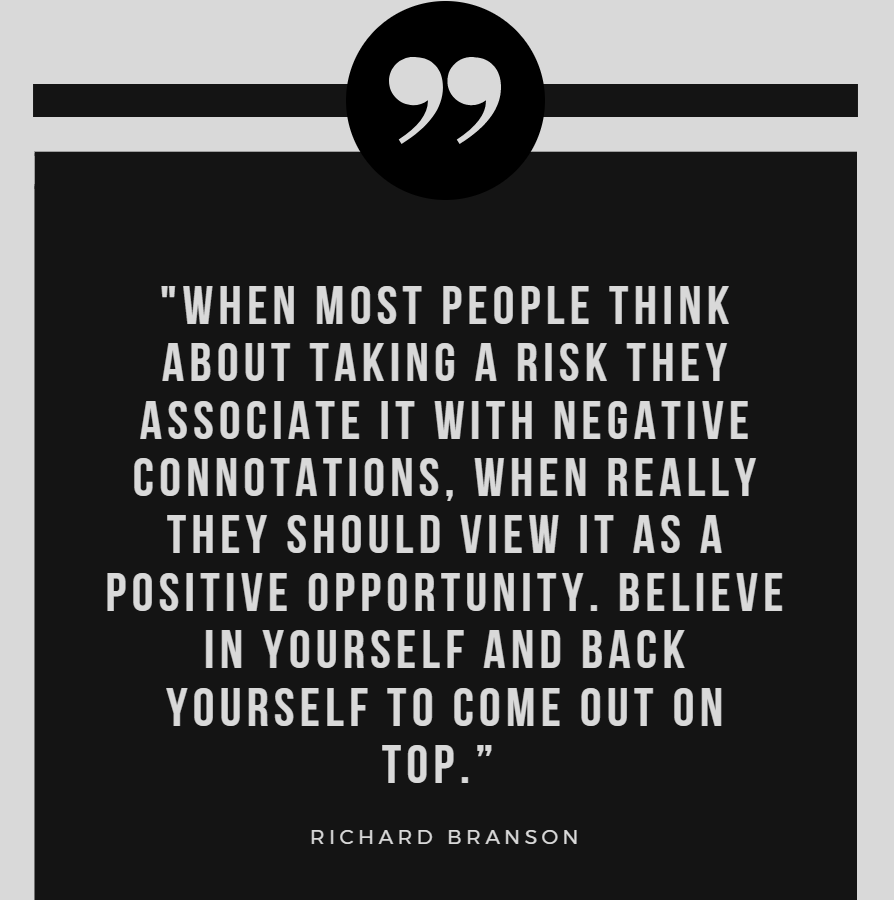 There are 6 ways you can take the same approach as Richard Branson which will increase the chances of your projects being successful.

Richard Branson is a firm believer in the art of delegation. His approach is delegate some of the work to your staff and let them take full responsibility with their jobs right at the beginning of the business or project. This serves two purposes: First and foremost, it frees up valuable time for you to focus on more important tasks. Secondly, it helps train your team to take on greater responsibility, increasing their value now and down the road. Souce: https://smallbiztrends.com/2015/08/5-project-management-lessons-can-learn-tech-giants.html

When employees tell you about their good ideas for the business, don’t limit your response to asking questions, taking notes and following up. If you can, ask those people to lead their projects and take responsibility for them. From those experiences, they will then have built the confidence to take on more and you can take a further step back,” Branson said.

You can build good communications into your company’s DNA by ensuring that discussions are built on openness, clear language, and a willingness to listen to everyone who has something to say, from the person at reception to your top manager. Make sure that people’s curiosity is encouraged. If they have made a good suggestion and have seen results in the past, your employees will ask questions and be persistent, which will help them to solve problems they encounter,” said Branson. Source: http://blog.mavenlink.com/what-richard-branson-can-teach-you-about-project-management

Similar to Elon Musk, Branson allows all his employees to contact him directly. Mr. Branson reads mail from employees every morning before he does anything else. This habit, which he started in Virgin’s early days, changes the company-employee dynamics dramatically. Mr. Branson addresses every email either by answering personally or by initiating some action. Source: https://www.strategy-business.com/article/13416?gko=19354

On your project encourage good communication by ensuring everyone is listened too. As a project manager be open and communicate using clear language that everyone will understand.

When he first told Virgin Music CEOs that he wanted to use a third of the company’s profits to start an airline because it would be “fun,” they weren’t amused. But Branson wasn’t being cheeky or trite. He’s been able to have such a successful, rich, and long career because he’s been enjoying himself.

“Fun is one of the most important — and underrated — ingredients in any successful venture. If you’re not having fun, then it’s probably time to call it quits and try something else,”

Next time you pick up your next project assignment check to see if it something you would have fun delivering. If not try to swap with another project manager or find a new project. No matter how easy a project looks from the beginning something will go wrong. When the project starts to go wrong which it will do (they all do) it is far easier to stay focused on a project that you are enjoying. 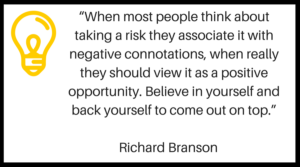 Before going ahead with his Virgin Air dream, he got Boeing to agree to take back Virgin’s one 747 jet after a year if the business wasn’t operating as planned. After that, he was able to convince his business partners at Virgin Records to agree to the deal and invest money in Virgin Air.

Branson is quick to rapidly iterate his ideas and quicker to shut down a failure. In total, while Branson is known to have started some five hundred companies, he has also shut down the two hundred of them that didn’t work. Source: http://www.businessinsider.com/how-richard-branson-maintains-the-virgin-group-2015-2

Similar to Elon Musk who built his own rocket parts instead of buying them overpriced, Branson started Virgin Direct because he was tired of giving 5 percent of his money to other financial services companies. This eliminated the fine print and the hidden fees and quickly started winning customers from competitors. In just two years, Virgin Direct, has brought in more than 400,000 customers and has $3.5 billion under management. Every other financial services company in Britain has had to reduce its rates to compete, which is just the kind of reaction Mr. Branson relishes. Source: https://www.strategy-business.com/article/13416?gko=19354

Your project should always have a strong reason for existing. There should be a business case that is constantly checked to make sure the project is delivering the promised objectives. Any project that is not going to make a difference will get cancelled. It is therefore important to keep checking that the project will deliver the expected benefits. 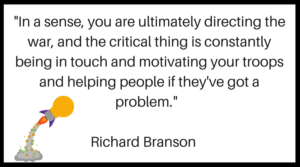 Perhaps crucial to his success is his order of priorities. While most chief executives focus on creating shareholder value and devote their attention primarily to customers, Mr. Branson believes that the correct pecking order is employees first, customers next and then shareholders.

To this end, Mr. Branson goes to unusual lengths. He regularly takes out entire flight crews for dinner and parties when he arrives on a Virgin Atlantic flight. He even stays at the crew’s hotel rather than in expensive digs downtown. He gives every Virgin employee a Virgin card, which provides big discounts on the airline as well as at other Virgin businesses. Source: https://www.strategy-business.com/article/13416?gko=19354)

In the early 1990’s, he won a highly publicized libel settlement of nearly $1 million from British Airways and he gave it all to its employees. Source: https://www.cnbc.com/2017/08/03/richard-bransons-airline-won-945000-and-it-all-went-to-employees.html

As a project manager, it is important that you recognise the role that the project team members make to the success of the project. However, do not wait until the end of the project be celebrating their success. Make sure you take the time to thank people for their efforts. Also, highlight individual achievements in project communication that is both internal and external to the project.

The 6 Ways to Run Your Project Like Richard Branson

There are 6 ways you can run your project like Richard Branson. The first way is the art of letting go which is making sure you delegate tasks to the project team. As a project manager you should focus on the big picture and not the detail.

The third way is to enjoy what you do. If you run projects that you enjoy you will find it easier to manage them when they get difficult.

The fourth way is to protect the downside. This is all about managing and mitigating what could go wrong on your project.

The fifth way is making a difference. If your project does not make a difference then it will get cancelled before it completes. Every project must have a valid business case otherwise there is no point doing it.

The sixth way is putting people first. Make sure you put the project team first. Give praise and highlight your team members’ work.

How To Run Your Project Like Richard Branson from Barry Hodge