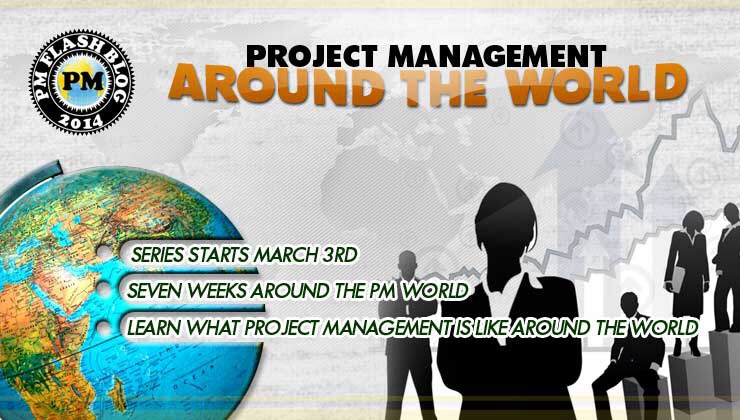 As part of #PMFlashblog Project Management Around The World in the United Kingdom project management is viewed by many organisations as the solution to all their problems. It has therefore over the last two decades become a bit of a buzzword. Wikipedia defines a buzzword as a word or phrase used to impress, or one that is fashionable.

Organisations know that they need projects if they want to become more efficient, make more or sell more. However where they struggle is they do not know how to implement project management. It is common for many organisations to follow the same approach with project management maturity. The first approach was to give people who already had a day job a task and call it a project. The trouble with this was there was no real understanding of what a project actually is and the individual who was set the project also had limited knowledge of projects.

The Dawn of Prince2

Then in 1996 came Prince2 which stands for Projects in Controlled Environments, version 2. Prince2 is a project management methodology which was was developed by the Office of Government Commerce (OGC), a UK government organisation. It is the project management standard for all UK public projects. Organisations quickly realised that they could send someone on a five day course and when they came back they could manage projects successfully.

Unfortunately as with most silver bullets it was not quite as easy as that. With Prince2 being a project approach that required everyone to follow the same process. To solve this organisations then decided to send as many people as possible on a five day Prince2 course thinking that this would result in successful projects.

However still organisations struggled to successfully deliver projects even with everyone trained. This was due to although everyone had studied the theory no one had put the process in place, the Prince2 framework.

Then Came The Consultants

To address this organisations decided to again throw money at the problem by getting third party consultants in to advise on how to implement a Prince2 framework. The consultants would come in, layout a Prince2 framework and the management team would say that is far to cumbersome. The consultants would be asked for just the basics. Therefore they would then draw up a bespoke framework for the organisation loosely based on Prince2. People within the organisations would then learn from internal training or by trial and error this new way of implementing projects.

Slowly over time this started to work and organisations started to deliver projects. As they became better at it they realised that it would be even better to have people run projects full time so they started to recruit project managers. Unfortunately having been through the Prince2 cycle they would instruct recruiters to find applicants that were Prince2 certified.This restarted the race to the bottom of everyone becoming Prince2 certified.

Today in the UK

In conclusion the UK is a great place to be a project manager as the profession is becoming fully recognised as adding value to the growth of organisations. In the future the project approach will become more professional and organisations will deliver bigger and better projects. I think Prince2 adds value and it is certainly worth attending the course in order to gain an awareness of projects. However doing a Prince2 course does not make you a project manager. I hope you enjoyed my #PMFlashblog entry please leave a comment below.

About “#PMFlashBlog – Project Management Around the World”

This post is part of the second round of the #PMFlashBlog where over 50 project management bloggers will release a post about their view of project management in their part of the world. It began with North America on 3rd March 2014 and this was followed by Europe on 10th March and will continue each Monday for several weeks until we have gone around the world. Below is a list of all the people taking part in this second #PMFlashblog.