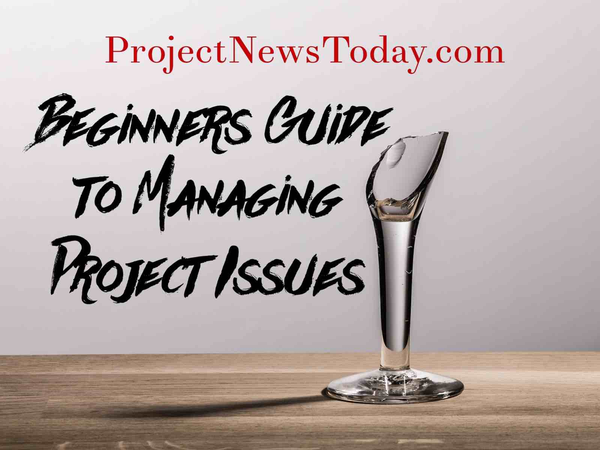 Issues. Nobody likes having them, but unfortunately, you will have them on your project and in this article I will show you what to do when you do have them. This follows on from my last article on risk as some risks can become issues. The first thing I will cover is what an issue is and how it is different from a risk followed by what to do when you have an issue on your project. By the end, you will be able to successful identify an issue and then manage it so your project can continue.

Issues Can Be Costly

There is a famous story about how issues can be costly to fix. There was once a ship which had an engine failure and every single engineer at the company tried but could not fix it. Then one day after everyone had tried to fix it they brought in a man with 40 years of fixing ship engines. He inspected the engine carefully from top to bottom. After looking things over, the guy reached into his bag and pulled out a small hammer. He gently tapped something and instantly the engine lurched into life. The engine was fixed! 7 Days later the owners got his bill for $10,000. ‘What?!’ the owners said ‘You hardly did anything. Send us an itemized bill. ” the reply simply said tapping with a hammer $2, knowing where to tap $9,998.

As this story shows it can be costly to fix an issue and you are at the mercy of the person with the experience. The chances are on your project the budget is already tight so these unexpected high costs can soon cause your project to go over budget. This is why it is critical to managing an issue properly and have any expenditure authorised by the project sponsor before the invoice arrives for payment.

The Difference Between a Risk and an Issue

It is, therefore, possible that a risk can later on as the project progresses become an issue. For example there maybe a risk on your project that a project team member has a track record of being off sick a lot so might not be in work to complete the critical task. On the day that the task is due if the risk has not been mitigated then if the person is off sick this has now become an issue.

Also, an issue can cause a new risk to be created. For example, if you have an issue with the build of something and it ends up taking longer to finish a particular task then a risk will be created that the project may end up late or over budget.

How to Manage an Issue

When an issue occurs on your project, you need to record it on an issue log. There are 5 core things that need to go on your issue log which will help you manage the issue.

Description
Write down as accurately as possible what the issue is and why it is an issue. Bear in mind if anyone is reading your issue log they may not have the same background information that you have so make sure it makes sense and is easy to understand.
Countermeasure
What needs to be done to resolve the issue. Do you need more time, money or resources?
Owner
The only way an issue will get resolved is if someone takes ownership of it. Noting it and publishing who is responsible for managing the issue will increase the chances of the issue being dealt with.
Status
Has the issue been resolved? If so mark it as closed, if not set the issue to open.
Comments
Progress of the issue, has it been resolved if so how? This box is like an on going update of how the issue is being managed.

These are the core five things you need to capture when you have an issue on your project. The main thing is to do something about your issue as soon as it occurs.

In summary, the difference between an issue and a risk is: A risk might happen whereas an issue has already happened. There are 5 things you need to capture whenever you identify a new issue:

I hope you have found this article useful. You should now be able to confidently manage any issues that may occur on your project.