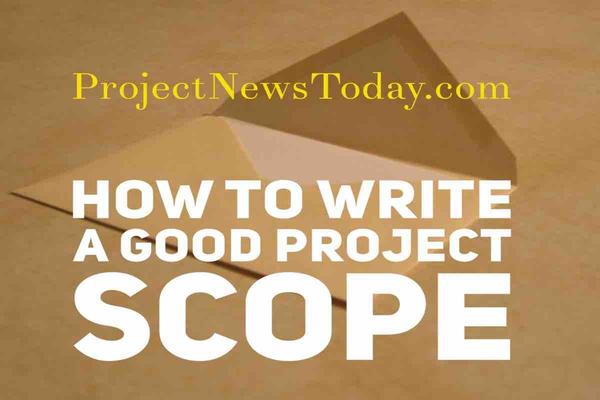 As a newly hired project manager I joined an existing project that had not been performing very well. After getting a nice hot cup of coffee to help me start the day I went to my desk where I found 3 envelopes and a note from the previous project manager. The note read

Welcome to the company and this really difficult project. To help you with a project that has already started I have provided you with 3 envelopes labelled from 1 to 3. Each time you hit a problem on the project open one of the envelopes and it will help you take the project forward. You are to only open one envelope at a time and only in the order 1,2 and 3.

Feeling a little bit bemused I placed the envelopes in my draw and fired up my laptop.

A few months later my project started to go wrong and I was sat my desk wondering what I should do when I opened my draw and saw the envelopes. Remembering the words from the previous project manager I decided to open the first envelope what was the worst that could happen.

The envelope read, “Do not panic just blame the previous project manager and all will be forgiven.” So I did this and project continued as normal.

Then a few months later the project started to go wrong again and remembering the envelopes I opened my draw. The second envelope just said “Re-plan the project”. I put the envelope away and re-planned the project.

All was going well on the project and then we hit a major problem. The project owner was not happy shouting at people as he was clearly frustrated on how the project was going. I confidently ran back to my desk to get the third envelope knowing that the advice from the first two envelopes had worked so well.

Now this story is not actually true but something I read a long time ago. However what it does is illustrate a bad project. You can avoid your projects getting like this if you focus on getting the scope of the project right at the very start.

The Difference Between Successful and Unsuccessful Projects

One thing I see on a regular basis when I join new companies and take on existing projects is a project owner that is frustrated and disappointed with their project. This is normally caused by a project going off course and not delivering what the owner thought would be delivered.

Often the big difference between successful and unsuccessful projects is the project scope. A project scope that is open to interpretation or too complicated will lead to a project grows and ends up being late. A poorly scoped project will result in a delivery that is not what was initially wanted. If you can get the scope right at the start you will massively increase your chances of successful project delivery.

After you add your solutions, it’s time to write the most important part of the package: the project scope.

There is a useful acronym– SMART– that can help you outline your scope.

Specific
The first letter “S” stands for specific. This first part is writing clearly what the project will build. Clarity is important so use easy to understand language. Use the child test. If you put your scope in front of a 10 year old would they understand it. If not it is time to write it again.
Measurable
The next letter “M” stands for measurable. How will you know when the project is complete? You do not want to be stood at the end of the project with the owner insisting there is still more to do. If you were implementing a change to a business process, you’d probably need to work out some detailed way to measure your progress but this is invaluable by the end of the project.
Achievable
The “A” in SMART stands for achievable. Can you do the project with the resources that you have? Are there people with the right skill sets?
Realistic
“R” is for realistic. It is all very well having an achievable project but if you have a very short timescale are you going to get it complete? There is no point setting the project up for failure before it has even begun.
Timely
And finally, “T” stands for timely. Does the project have to be completed by a certain time. For example if you project was to build a stadium for an Olympic event it will need to be finished before the event started!